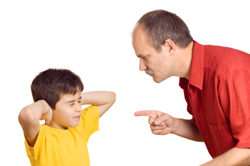 Scoldings are hard to hear. Especially when you feel misunderstood.

I’m really having a hard time obeying Tim Challies. He told us that we need to listen to John MacArthur. MacArthur has begun a series critiquing the ‘Young, Restless, and Reformed’ movement and Tim says we need to listen to him because he’s older, wiser, and proven. He has perspective and experience that we do not. He has seen more, lived more, and earned the right to speak.

I talked to Tim about it. The best analogy I could give him (ironically enough) is that of a young adult being scolded by a parent. When I read MacArthur’s post I can’t help but feel that he’s the dad who is disappointed in how I’ve turned out (i.e. I’m not like him) and I’m the son who thinks, ‘My father just doesn’t get me.’

MacArthur’s opening comments about the positive things in the movement feel condescending — you know he is about to lower the boom. And then he does. And it’s so predictable. When Tim first mentioned to me that MacArthur would be doing this series the first thing that came into my mind was this: ‘He’s going to tell us to dress in suits.’ And then I thought, ‘Don’t be so harsh. Go in with an open mind. Be ready to hear.’ So I read. And this is what I read:

But for heaven’s sake don’t dress for hardball. HCo. clothes and hipster hair are essential tools of contextualization. The more casual, the better. Distressed, grunge-patterned T-shirts and ripped jeans are perfect. You would not want anyone to think you take worship as seriously as, say, a wedding or a court appearance. Be cool. Which means (of course) that you mustn’t be perceived as punctilious about matters of doctrine or hermeneutics. But whatever you do, donot fail to pay careful attention to Abercrombie & Fitch.

And yes, the italics are his. The one paragraph italicized and set apart from the rest. And it’s about clothes. Really? And then he adds this:

I sometimes think no group is more fashion-conscious than the current crop of hipster church planters—except perhaps teenage girls.

Was that really necessary? Is that really going to win a hearing with the crowd he’s ‘admonishing’? Or is it merely a dig so that all the MacArthurites around the world can rejoice that they’ve struck down another foe?

I feel like he doesn’t get me. It seems like he’s so angry at Mark Driscoll that he hasn’t taken the time to get to know me. Like the father who thinks his son is the same as the rock stars on MTV. That’s Driscoll, not me.

Sure, for some fashion may be a thing. But it’s not for me. I just don’t care about clothes, as long as things are done decently and in order. Even his analogies fall short. A lot of people in our generation don’t wear suits to weddings or to court. Or to funerals for that matter. It’s not that I pay careful attention to Abercrombie; it’s just that I don’t think what I wear to church is nearly so crucial to the gospel as you.

This series seemed to me like it could be a really good thing. I honestly was looking forward to reading it, once I preached some truth to my heart. But this tone and these opening observations make it hard. Very, very hard.

But now here’s the most frustrating part for me. When a wise parent scolds, the wise child listens. Even when the child feels self-assured. In life I’ve seen this. Things that older parents and older Christians have told me — though I didn’t believe them when I was younger — have proven to be true as I’ve grown up. And I’m sure, in some senses, even though I may hate what MacArthur says now, I need to grin and bear it. I know we need to grow up as a movement. I know I need to grow up as a man. And if a proven man like MacArthur can’t scold me, then who can?

If I listen only to those who agree with me, is that to my credit? Even the pharisees do that…