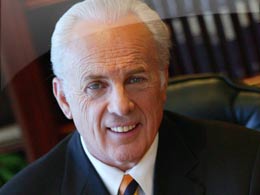 A little while ago John MacArthur did a series of posts critiquing the ‘Young, Restless, and Reformed’ movement. Needless to say, it created quite a stir.

Those who disagreed with MacArthur argued that he was using sweeping generalizations that were unhelpful and uncharitable and that his tone was unloving and combative. We felt scolded as if by an absentee father who hadn’t invested in us, but stopped by to spank us anyway.

The response from those who sided with MacArthur was, by and large, ‘He has pastored faithfully for 40 years, you need to listen to him.’ To be sure, the response was more than that, and included biblical justification of gaining wisdom from elders, etc. In the end, I argued that the responsibility remains on the younger ones of us to make sure we’re listening, even if we’re not being addressed as we’d like. 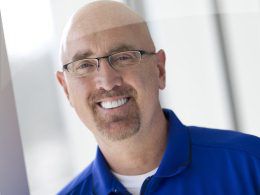 Isn’t it interesting how history seems to repeat itself? Recently James MacDonald came under fire for his public schmoozing with TD Jakes. One of the responses to the criticism that I’ve heard has been this: ‘James has faithfully pastored for 30 years, has led Harvest, sent out church planters, and people have been saved! Let’s show some respect!’

Both times (with MacArthur and MacDonald) the defenders of these public figures appealed to past faithfulness as a defence for present action. That’s worth noting.

Ad Hominem by Any Other Name

In logic an ad hominem attack is when you criticize a person rather than their idea. What I find fascinating in both of the above cases is that the defence being used is actually ad hominem. In other words, rather than defending the actions or ideas of the person which have drawn the scrutiny, the defenders of these individuals have resorted to speaking about the men themselves. But who the men are and what they have done in the past was never the issue.

We need to attempt to avoid extremes. On the one hand, wisdom acknowledges the experience of the aged and proven faithful:

Listen to your father who gave you life, and do not despise your mother when she is old (Prov 23.22)

And we must ‘walk’ with those who have a proven track record of faithfully displaying wisdom:

Whoever walks with the wise becomes wise, but the companion of fools will suffer harm (Prov 13.20)

That being said, we must not pre-judge a matter based on past faithfulness or wisdom alone. Whether it is MacArthur, MacDonald, Don Carson or Tim Keller — or any of the heroes of that faith for that matter — we must hear a matter out fully, weigh the opposing views in the balance and prayerfully seek wisdom.

If one gives an answer before he hears, it is his folly and shame (Prov 18.13)

The one who states his case first seems right, until the other comes and examines him (Prov 18.17)

And let’s not forget that it was the youngest witness of Job’s sufferings who had heard all the others speak first, who finally answered with wisdom.

While we must honour those who have laboured before us and for us, the simple truth is that we do not biblically honour them if we do not weigh the wisdom of their words and actions against God’s word. No matter how faithful a man has been in the past, he is still a man, and still in need of ongoing correcting and perfecting this side of eternity. We must show them love, respect, and the benefit of the doubt, but we must never turn a blind eye to present unfaithfulness simply because we’ve witnessed past faithfulness.

I hope the people of Grace Fellowship Church would honour me and honour God in this same Berean way.

How to Love More