The Tenses of Faith

The Tenses of Psalm 63

O God, you are my God; earnestly I seek you; my soul thirsts for you; my flesh faints for you as in a dry and weary land where there is no water.

So I have looked upon you in the sanctuary, beholding your power and your glory.

Because your steadfast love is better than life…

… my lips will praise you.

So I will bless you as long as I live; in your name I will lift up my hands.

Just Try to Not Worship

The Foolish Mine Owner

You know those moments when truth really sinks into your heart? Isn’t it beautiful?

This morning I was reading from the Psalms and I was struck by something I already knew: God is a precious treasure! He is worthy of worship! For us to ‘have’ him as our God is an incalculable blessing!

In fact, the many attributes of God make him more than a treasure — perhaps more like a treasure mine. There is so much blessing to be had, so many riches to be uncovered, so much wealth to be enjoyed!

And yet, so often I’m like a fool of a mine owner. I’m content to know that I have a mine and that there are riches to be had, but I so rarely do any actual mining that my day-to-day experience is far more poverty-stricken than it needs to be. What a fool I am!

Mining for Treasure in the Psalms

The Psalmists, however, were not fools. They were diligent to recount to themselves and to the people of God all the riches of his glory.

They studied who God had revealed himself to be in his word, in his providence, and in their daily experience. They explored all the furthest caverns they could find. They unearthed new treasures from old tunnels. They extracted precious diamonds and gazed from all different angles so as to enjoy the beauty in its fullest.

END_OF_DOCUMENT_TOKEN_TO_BE_REPLACED

Modern Hymns for the Church: From Age to Age by Sovereign Grace Music 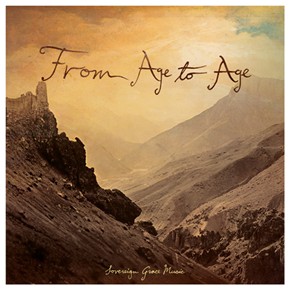 Sovereign Grace Music has truly blessed the church. Here is an album of modern hymns that I am happy to wholeheartedly recommend. It is called From Age to Age.

Musically speaking, the album is more eclectic than we’re used to from Sovereign Grace. These songs sound distinct from each other and different than previous SGM releases. At first I wasn’t sure what that would mean, since I’ve enjoyed many of Sovereign Grace’s recent albums. But this one stands apart.

Lyrically, this album is rich. The songs glory in the dynamic interplay of God’s transcendence and immanence and the majesty of the eternal God who revealed himself in the suffering servant.

Spiritually and emotionally, this album is gripping and engaging without being cheesy. I am amazed at how well the individual songwriters did at matching the musical elements to the lyrics so that the climactic points of the music serve to make the words even more worship-compelling.

I want you to hear this album so badly I’m embedding it below so you don’t even have to leave the page to hear it.

END_OF_DOCUMENT_TOKEN_TO_BE_REPLACED

Why Does Grace Amaze Christians?

Grace, rightly beheld, always moves the heart to thankfulness and worship that must be shared. And so we sing.

But what is it that is so amazing to us about grace? Why does it make us sing? Consider these lines from some of the songs we sing:

Amazing grace, how sweet the sound that saved a wretch like me!

Alas! And did my Saviour bleed, and did my Sovereign die?
Would he devote that sacred head for such a worm as I?
Was it for sins that I had done he groaned upon the tree?
Amazing pity, grace unknown, and love beyond degree!

He left His Father’s throne above—So free, so infinite His grace—
Emptied Himself of all but love, and bled for Adam’s helpless race:
’Tis mercy all, immense and free, for O my God, it found out me!

Wayne Grudem, in his Systematic Theology defines grace as God’s ‘goodness toward those who deserve only punishment.’ That’s why it’s amazing to us. Before a holy God, with our sinful hearts and deeds exposed we are wretched and helpless — as lowly as a worm. And yet, God has been infinitely good to us.

END_OF_DOCUMENT_TOKEN_TO_BE_REPLACED

Over Christmas time the Band of Brothers from Grace Fellowship Church (Rexdale), together with some of the members of our worship team recorded, mixed, and produced a CD of worship tunes that we sing in our churches. This a collection of songs and hymns either written or re-written by members of our churches.

END_OF_DOCUMENT_TOKEN_TO_BE_REPLACED

Not Every Psalm is Psalm 119

Psalm 119 is epic. It is theologically profound, it is highly structured, it tells me new and wonderful things that I need to know. It gloriously reflects splendour of both the word of God and the God of the word. And it is long — it spans six pages of my Bible.

Surely Psalm 119 should inform our worship. We should seek to be theologically profound and we should not shy away from length of song or beautiful poetry. We should not be afraid of teaching God’s people to sing worship songs that glory in him because of their length.

Just two psalms prior we find something very different. Here is Psalm 117 (ESV):

Praise the LORD, all nations!
Extol him, all peoples!
For great is his steadfast love toward us,
and the faithfulness of the LORD endures forever.

END_OF_DOCUMENT_TOKEN_TO_BE_REPLACED 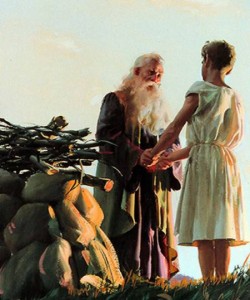