A Time for Asceticism? 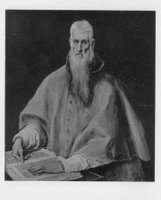 Ever wonder why asceticism figures so prominently in church history? It started very early on. Many of the figures we are much indebted to (Augustine, Jerome, Basil the Great, Benedict, Patrick, etc.) throughout church history have had some strong leanings toward monasticism.

Now that the ‘clean sea breeze of the centuries’ has blown our minds clear from excessive faults, we often look back and wonder with amazement: ‘How could such great Christians have been so blind as to become ascetics?’ We don’t understand what brought them to this.

A bit of background, then, is in order. Christianity was persecuted on and off and to varying degrees for the first few centuries after Christ. It is absolutely miraculous, and a wonderful testimony to the power of the Spirit and the grace of God, that the church continued to grow by leaps and bounds throughout the Empire, even under such hardships. After a while, however, the persecution stopped. When Emperor Constantine was converted (around AD 312) the seeds of ‘cultural Christianity’ were beginning to grow roots. It would still be some years, however, before Christianity became the ‘state religion.’

Up to that point, to identify yourself as a Christian cost you something. You had to be willing to suffer and to lose things you had worked for. Once Christianity became cultural, there were no more martyrs, no more persecution. Now it cost nothing to be a Christian. Anyone could do it. The churches were soon all filled to the brim as people began to realize there was much socially and politically to gain from being a ‘Christian.’

Where once Christianity had been identified with righteousness of life and high moral standards, the now popular religion began to see moral decay from within. The high standards were lowered to the point that one could hardly tell the difference between ‘Christians’ and unbelievers.

Of course, the true believers were put off by this! Moral compromise should never be tolerated in the church, under any circumstances, and they recognized this. They knew that to be a Christian should cost them something, that they should stand out and be different than the decadent culture around them.

So… Christianity is popular and acceptable. It costs nothing to be a Christian. The churches are full of ‘cultural Christians.’ The Christians don’t look a lot different than the decadent society in which they live. (Am I describing their culture or ours?)

Their answer, of course, was that the truest, highest form of Christianity is that which costs the most. So they left everything behind: all their possesions, their family and friends, the luxuries of urban living, the right to marry, and the wealth of food, etc.

The New Testament seems relatively clear that we are not called to an ascetic lifestyle. But rather than condemning these brothers and sisters for fleeing to monasteries, we should seek to understand why they did what they did. And understanding that, we need to emulate their desire to stand out! They were not content with Christians who look just like unbelievers–and we shouldn’t be either!

So we can err by becoming ascetic and we can err by not seeking to be different at all. But we can also err in another way: We can seek to become ‘righteous’ in the way that our philosophical climate deems good. Why did they resort to asceticism when they thought they should be different? Because that’s what the greatest thinkers of their time valued as great righteousness.

When we seek to be different from the culture around us, we need to be careful that we’re not merely emulating the philosophical, ethical ideals of our day. Paul said, ‘Do not be conformed to the pattern of this age,’ and I think he meant it. Which of course means that we need to think hard. 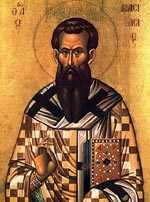 How do I live as a Christian in a way that is different from nominal Christianity, but not simply according to the patterns that the world has established as right and good and self-sacrificing?

All this, of course, means that we need to continue to let that ‘clean sea breeze’ blow… we need to read church history so that we’re not merely influenced by the ideologies of our day. But more than anything, it means we need to be people of the book. We need to read the Word of God and know it intimately so that we’ll be able to discern all that is pleasing and right in the eyes of the God who wrote the book.

That is, after all, why we’re here.