An Interview with Tim Challies 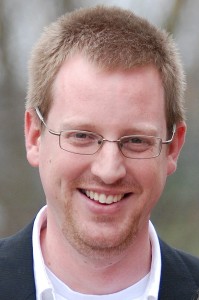 This is the best kind of post, in my opinion: Where I get to ask a few questions and let someone else do all the work of answering them. Particularly, when the someone else is smarter than me.

That was the case when I got to do a little conversation / interview with Tim Challies. Click here to go to the interview at Challies Dot Com or read the premise below and then head on over.

In NHL hockey politics (which is big news here in Canada) there has been lots of talk over the last couple years about “the code.” Rumor has it that there is some moral code that guides how players hit each other or when they fight. Supposedly everyone knows it and it is universally seen as “dirty pool” when someone breaks this code. However, whether the code actually exists is a matter of debate.

It’s clear that for the average blogger with a readership of 20, anything is fair game. You can say whatever you want about whomever you want in whatever way you want whenever you want because only he and his mom will read it. But I think a lot of people suspect that there is a “code” in the evangelical blogging world. There are certain places you cannot go, certain things you cannot say, certain people or ministries that you cannot criticize.

I wanted to actually explore this a little bit, so I took the following questions to the biggest blogger I know, Tim Challies. I wanted to find out, “Is there a ‘code’ amongst big-name bloggers?”

‘The Code’ in the Christian Blogosphere: An Interview with Tim Challies.