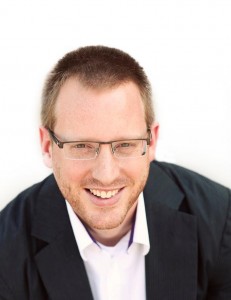 My intention in writing about Tim is not to glorify him or make him seem more perfect than he is. But I do want to make sure you know that the man behind the blog is a real man of God. He is not someone different when he is out of the public’s view.

Tim is naturally shy and shrinks back from the limelight. But God has called him to public ministry, so he labours to be faithful, even where he’s not entirely comfortable. Tim doesn’t feel particularly gifted at preaching, but he has been called by the church to teach, so he serves with all the grace God gives him. He doesn’t have a seminary degree, but he labours hard and long in the study to make sure he understands and rightly divides the word for God’s people.

Though many people I know like to name-drop and make sure you know just who exactly they are, Tim pastors a church where many of the members don’t even realize the magnitude of his influence. They don’t respect him for his blog. Never once have I heard Tim brag about his popularity; he works to make sure no one thinks better of him than they see in him (2 Cor 12.6). The people of Grace Fellowship Church respect him not because of his fame, but because he follows Jesus. He lives a humble, disciplined and godly life before them: a life that calls others to follow him as he follows Christ.

Tim is a man who has a heart for the local church, for the weak and broken people who populate it, and for children. His heart reflects the loves of Christ.

Is Tim perfect? You already know the answer to that, even if you don’t know him. But Tim knows that answer to that too. And that’s what keeps him humbly and happily serving where God has placed him.

But what I do want to make sure you know is that Tim Challies is a man who, behind the scenes, away from the public, loves Jesus and lives for him everyday.

He’s the kind of guy I’m very humbled to know, and very happy to call my friend.