The Pendulum Drives Everything 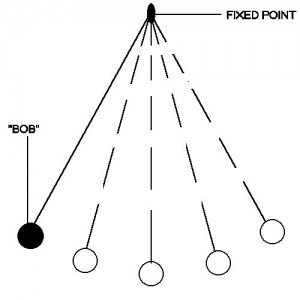 The pendulum drives everything. Okay, maybe not everything, but most things.

What we perceive to be an excess in one direction drives us to correct the balance by moving in the other direction. Over and over and over. I’ve seen this in other people and I’ve seen it in myself.

The more we run from doctrinal error that we see in others, the more likely we are to fall into the opposite error ourselves. An over-the-top notion of male headship leads to the rise of feminism. An over-emphasis on the sovereignty of God leads to open theism. A preacher who makes a huge deal out of minor issues will eventually find that people stop listening to the things which actually are important. If my friends discipline their kids too much, I want to bring balance to the universe by letting my kids run wild.

It has made me want to move slower and ask more questions.

I don’t know. Maybe I’m just getting old and mellow. But it seems to me that if we’re always moving between extremes, we’re probably passing the truth somewhere in the middle every time. And if I’m just always stuck on the same extreme, I’m probably always just as far away from the truth as I was before.

The trick, I think, is to be pulled to truth like a magnet to its pole rather than to be pulled away from extremes to opposite extremes. Easy to say, harder to live.

I pray that God, by his grace, would allow me to cultivate a deep enough longing for truth in my heart that I would pursue truth out of an ever-increasingly-pure and purified mind that is willing to be wrong, willing to change, willing to believe what I may not like at first, and willing to stay put even when it seems like it would be nicer to change camps.

And I also pray that he would give me friends who observe me carefully and tell me when I’m just over-reacting.