Calvary was Meant for Me

It’s my birthday. If you know me, you know that this is a time of year when I typically do some reflection and ponder life a little bit (here’s an example). As I’ve reflected on this past year of my life and where it fits in the general direction of my life, I realized something: The longer I live, the more thoroughly unimpressed I become with myself.

I spent a lot of years of my life growing in my view of myself. I spent a lot of years genuinely believing (and interacting with others) as if I was somehow better than the average person. Of course it wasn’t conscious, but it was always there. And to a certain extent, it still is. But one of the ways God’s grace has been active in my life this past year has been his allowing me to fail.

Hear me, though: I know that even in this, I’m not unique. Other people fail too — and some fail worse than me! I’m not thinking in any of this that I’m the worst human on the planet; but that’s partly the point. I’m not even impressive as a sinner. I’m honestly just an average guy in a crowd, with very little that makes me stand out.

That sounds depressing, doesn’t it? And it would be, if it wasn’t for this: Jesus Christ — the Son of God! — loved me and gave himself for me. He died for me, this average, often-failing, mediocre, inconsistent guy whose life is still so full of sin. And he doesn’t regret it.

This year, as I look back, I can see that as much the more I’ve grown unimpressed with myself, the more I’ve grown in my understanding of just how impressive Christ’s death for me was. He wasn’t dying for me as a diamond in the rough; I’m just a piece of the rough. But he died for me anyway. And isn’t that exactly how he has made his love known in the first place (Rom 5.6-8)? 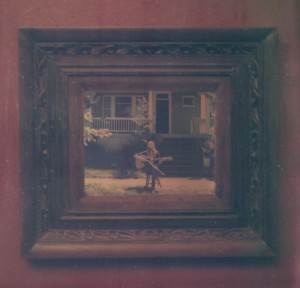 So as I celebrate my birthday this year, I’m not discouraged by my failure, so much as I’m humbled by the love of Jesus, the source of life, who died for me. I’m humbled by the holy one who became sin for this slow-minded, stubborn-hearted sinner. He took the cross for an average guy like me. He loved me, and he loves me still. That is impressive. And it’s all my joy.

The cross is the place where my unimpressiveness and the unfathomable love of Jesus collide, resulting in an explosion of praise to the glory of his amazing grace. As long as I meditate on the cross, I’m bound to have a happy birthday.
Wesley Randolph Eader’s reflections on Calvary reflect something of my heart today:


Get the whole album, ‘Of Old It Was Recorded’, for free!

Of Old It Was Recorded

Of old it was recorded and new it was begotten,
The Word became flesh and with authority he spoke
Light stepped into darkness against the laws of Moses
It finally was fulfilled by the example that he gave

Sins they were forgiven by words that he had spoken,
The sick and blind were healed by his blessed hand
His essence was conviction, the world could not contain him,
He suffered for their sake though they knew not what he did

And Calvary was meant for me…

His grace does not diminish, eternally it’s poured out,
His truth remains unfathomed and yet forever known
Salvation runs forever down the lonesome hillside
Where on that fateful day, the Son of Man was slain

And Calvary was meant for me…