Don’t You Know What They’re Saying About You?

Gossip is bad. If you disagree, it’s probably because you’ve never been on the receiving end of it. It stings, wounds, and separates close friends.

Scripture testifies to the reality of our experience:

Whoever goes about slandering reveals secrets, but he who is trustworthy in spirit keeps a thing covered. (Proverbs 11.13)

So gossip is bad. What can make it go away?

For lack of wood the fire goes out, and where there is no whisperer, quarreling ceases. (Proverbs 26.20) 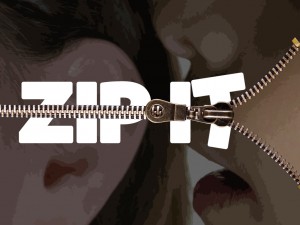 When there’s no whisperer, there is no wood for the fire. The trouble, of course, is that there’s more than just wood necessary for a fire. You need oxygen and a spark. And with gossip, you need not just a whisperer, but someone to whisper to. And that’s what I’ve been thinking about lately.

We all know that we should not participate in gossip (speaking or listening). But it’s hard to stop when it starts! We can talk about godly gossip and various other methods of extinguishing the flame of gossip, but when it comes down to it, in the moment, gossip can be very appealing to our fleshly appetites.

The words of a whisperer are like delicious morsels; they go down into the inner parts of the body. (Proverbs 18.8)

We love being gossiped to because it makes us feel trusted and important. We love knowing more about other people. We want to be in the loop. We want to know what everyone is saying about so-and-so.

But here’s the thing we need to realize: Whenever someone is talking to you about others, they’re actually saying something about you.

What they’re saying about you, by gossiping to you, is that you’re the type of person who would appreciate some yummy gossip. They are telling you that they believe you have an appetite for slander. While whispering to you about others privately, they’re actually declaring loudly and clearly that you, like them, are a gossip and a slanderer.

Rather than feeling approved of, trusted, and loved, when someone begins whispering to us, we should feel offended that they would regard us as someone who would delight in such debased conversation.

So, the next time someone offers you some gossip, try not to think about what they’re saying about so-and-so. Rather, consider what they’re saying about you. Don’t be the flame or the oxygen to their wood. Flee the tasty-gossipy-tidbits they’re offering. Abhor what is evil, love the gossiper and the one gossiped about with a genuine love, and out-do one another in showing honour (Romans 12.9-10).