Social Media and Temptations to Sin 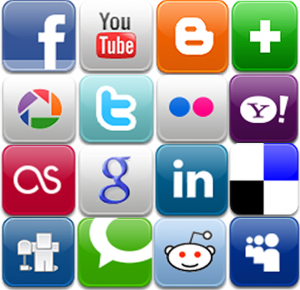 Blogging, Twitter, Facebook, Google+, the list is endless and growing. The options and opportunities for engaging in online social media are legion. To be sure, as Tim Challies points out in The Next Story, technology is not in and of itself either good or bad. Christians must engage deliberately and discerningly in an effort to redeem the opportunities afforded by living in the age we do.

It must be stressed again, however, that this engagement must be thoughtful. If we say, ‘I just like it’ and then go full-steam, headlong into the world of facebook, twitter, or whatever, we will be setting ourselves up for disaster.

Here are just a few of the immediate temptations we need to be aware of that come hand-in-hand with participation in social media:

Better to Say Something Than Nothing

All social media experts (and SEO folk for you bloggers) will tell you that dead air is death. You’ll lose your drawing power and your readership if you don’t post frequently.

Now, of course, when they say that, they mean ‘post something good frequently.’ But most of us are not Tim Challies (who has now blogged for 2,839 consecutive days). We simply cannot produce good content that regularly. So, we just post something rather than nothing.

Even a fool who keeps silent is considered wise; when he closes his lips, he is deemed intelligent. (Prov 17.28)

When words are many, transgression is not lacking, but whoever restrains his lips is prudent. (Prov 10.19)

Whoever guards his mouth preserves his life; he who opens wide his lips comes to ruin. (Prov 13.3)

Status updates, comments, replies, recommendations, text messages, ‘instant’ messages from your phone, tablet, or other mobile device… they all hang on the notion of communicating in a flash. But your words, once published, are permanent.

A fool takes no pleasure in understanding, but only in expressing his opinion. (Prov 18.2)

When using social media for just causes we can think that we’re actually accomplishing something meaningful. More often than not, however, we’re just placating our own consciences and rallying people who already agreed with us. The temptation here can be to think that we’re doing when all we’re really doing is talking.

In all toil there is profit, but mere talk tends only to poverty. (Prov 14.23)

The Disembodiment of the Medium

Online we function as much as ‘avatars’ as we do real people. We can create and live in any persona we so choose. There are many downsides to that. One of them is that we tend to look at other people as disembodied avatars as well. We can be tempted to denounce things much more strongly and put people down much more absolutely when they are just an image on a screen rather than the image of the living God standing right in front of us.

… no human being can tame the tongue. It is a restless evil, full of deadly poison. With it we bless our Lord and Father, and with it we curse people who are made in the likeness of God. From the same mouth come blessing and cursing. My brothers, these things ought not to be so. (James 3.8-10)

The wise of heart is called discerning, and sweetness of speech increases persuasiveness. (Prov 16.21) {Note: Emphasis mine. Isn’t it interesting how so many people who prize discernment really aren’t all that big on sweetness of speech?}

A fool’s lips walk into a fight, and his mouth invites a beating. (Prov 18.6)

Much of what happens in the social media world is measured by some kind of ‘analytics.’ Friends in Facebook, followers in Twitter, subscribers in the blog-world, etc. It is tempting to measure our success by how many people ‘like’ what we write or ‘retweet’ what we post. We can find value in having people follow us, becoming our ‘online disciples’ of sorts.

But consider Jesus’s description of the Pharisees who set themselves up as teachers:

They do all their deeds to be seen by others. For they make their phylacteries broad and their fringes long, and they love the place of honor at feasts and the best seats in the synagogues and greetings in the marketplaces and being called rabbi by others. But you are not to be called rabbi, for you have one teacher, and you are all brothers. And call no man your father on earth, for you have one Father, who is in heaven. Neither be called instructors, for you have one instructor, the Christ. The greatest among you shall be your servant. Whoever exalts himself will be humbled, and whoever humbles himself will be exalted. (Matt 23:5-12)

In All That We Do…

In all that we do, whether we eat or drink tweet or blog, let us do so to the glory of God, carefully considering:

Death and life are in the power of the tongue, and those who love it will eat its fruits. (Prov 18.21)

Have you noticed more temptations to sin using social media? What other Scriptures are relevant?

Tertullian lived ca.150-ca.225 AD. He was born in Carthage, which is in North Africa (so he was probably a little darker than the picture would suggest). He was a man brilliantly gifted by God for writing. He wrote extensively on things like apologetics and ethics and often wrote polemically against the heretics of his day (eg. Marcion and Praxeas). He ably defended both Scriptures and the Trinity. In his writings–which are easily dated from the end of the second and early third centuries–Tertullian quotes from the New Testament, plainly citing it as being on par with Old Testament Scriptures, thus indicating an already accepted Canon, long before Nicaea.

Citing John 16.12-13, Tertullian and the Montanists claimed that the ethics Jesus declared were not finally absolute, nor fully developed, but that they were all that the disciples were able to handle at that point in redemptive history. The Holy Spirit, who was to come, would then have the ministry of revealing a heightened ethic to Jesus’ followers in the days and years to come.

It is absolutely essential to notice, however, to what end Tertullian and friends used this position. They argued for the insufficiency of Scriptural ethics in several areas: namely, marriage / remarriage, and flight from persecution. Whereas Jesus had made allowances for both of these, the Holy Spirit was now teaching them to advance beyond what Scripture had revealed to a higher ethic.

Why in the world would they choose these areas? Because that’s what their culture demanded. Asceticism was the philosophical milk Tertullian had been raised on, and persecution had become the norm for Christians of their day. For Christianity to be consistent, relevant, and morally / ethically contemporary with the philosophical ideals of the day it needed to be advanced from what Scripture had revealed.

The irony, of course, is that looking back from about 1800 years later it seems absurd to us (in a completely removed culture) to suppose the Holy Spirit would counsel against marriage (or even remarriage after one’s spouse dies) or that he would specifically command that Christians not flee, but rather, seek persecution.

Since we don’t breathe that air, it smells real funny to us.

But here’s the thing: People today insist on making the same mistake as Tertullian and the Montanists. No, not with the marriage / remarriage thing or the persecution thing (in fact, we’re tempted to loosen the biblical commands here rather than tighten them), but rather, with the ordination of women to the position of elder, or to accept some forms of homosexuality as legitimate lifestyle alternatives.

People argue now, like Tertullian argued then, that the Bible’s ethics are unfinished; they merely establish a trajectory that we must follow, and by the guidance of the Spirit (and by finding the ‘spirit of the text’) we can ultimately determine a better ethic than the one laid out in Scripture.

But it’s all hoogly! I would be willing to bet–if any of us could be around–that 1800 years from now people will look back on our times and wonder why in the world we would think the Scriptures were insufficient in these areas.

Just like we look back on Tertullian and see him reading Scriptures and conforming Christianity to his culture, so we must see that we ourselves are always being tempted to do the same. The simple fact is that we live in a profoundly feminist, pro-gay culture. The pressure we face is always to accept these things. We have been raised and educated, indoctrinated from our youth to accept these things. The ‘highest’ of ethics in our culture is an accepting one that does not place boundaries on other people, especially when it comes to gender or ‘sexual preference.’

Those are our ‘hot-button issues’, just like Tertullian’s were asceticism and persecution. We must not be like him. We must stand firm and stick to the Scriptures. It is them alone which are able to make us wise for salvation, and them alone which equip us for every good work.

The real questions we must ask are not about whether women should be ordained as elders or homosexuality should be accepted; we already have the answers to those questions!

The real question that needs to be asked is this: Am I willing to stand on the authority of the word of God alone? Do I have enough faith in God to base my ethics on it, even when it makes me appear ‘morally backward’ in a culture of acceptance? Is God’s word enough?

For a fuller treatment of ‘Trajectory ethics’, see here.
For another post on the influence of asceticism on Christianity, see here.