The short version of the story is that our church was given 3 days’ notice on a 450% hike in our permit fees (we meet weekly in a public school). We have been petitioning the TDSB since the beginning of September for some changes and some relief. Though the changes affected other groups as well, the most drastic hikes were targeted specifically at ‘faith based organizations,’ who are now being charged the same rates as ‘for-profit businesses.’ 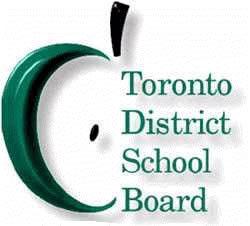 Our appeal process has had some ups and downs, but this past Friday we had a minor breakthrough. The Community Use of Schools Advisory Committee met, and because of our appeals, has decided to recommend to the Board of Trustees that they roll back our permit fees to what they were before the hikes, retroactively to September 1, 2012. The suggestion from this committee buys us time, at least until January 1, to prepare for the re-categorization of permit groups. This would be a huge answer to prayer!

The second part of the recommendation from the Advisory Committee is that the categories previously decided upon be revisited, with a final decision for 2013 decided on in December 2012. That means that we’ve got a couple more months to petition them to treat all CRA approved non-profits (religious or not) as non-profits, rather than explicitly excluding only those who are religious in nature.