END_OF_DOCUMENT_TOKEN_TO_BE_REPLACED

If our country were consistent there would be no law about seatbelts. Instead we would proudly acknowledge that as defenders of human rights, we believe in a ‘driver’s right to choose.’ Why should life be valued more than the freedom of choice? Why should the governing authorities get to determine what the driver does with their own body?

In fact, we could take it even further. If we were really, truly consistent, we should argue that passengers in a car have no rights to seatbelts — unless, of course, the driver chooses to let them use one. After all, the passengers are not their own entities, but merely ‘attachments’ to the driver’s automobile. We should not hinder the driver’s freedom for the sake of the life of the passengers.

Really, the passenger should forfeit human rights. After all, they couldn’t live apart from the driver’s protection of them. If the driver chooses to, he or she can end the lives of the passengers at any moment (cliffs, posts, and oncoming traffic could all do the trick).

People Are Dying… and No One Seems to Care

Can you imagine a scenario where people in some far off country are being systematically wiped out? Imagine millions of people being killed by the government and the news of it being hushed, downplayed, and spun by the media so that the massacre can continue.

Now imagine that the conspiracy was uncovered, the statistics of death made public, and the ugly truth of the killing of innocent people in government run and funded processes was exposed…. There would be outrage, right? Calls to reform? We would storm in with vitriol, passionate to save the lives of the innocents and to restore justice for the weak who are being eliminated! Right?

You would think that would be the case. Unless the tragedy is happening in Canada and the people being killed are not really people… because they’re babies.

According to our country’s criminal code, unborn babies are not classed as ‘human’ and therefore anyone in our country can do anything they like to unborn babies. Any abortion, any time, any means. Even a bullet from a gun.

One brave MP, Stephen Woodworth, has brought forward Motion 312 in an attempt to evaluate that law (which excludes unborn babies from being classed as ‘human’) and possibly change it. Every major political party has denounced this action.

Here’s what you should do. Go to Pass312.org, sign up for their list, and get involved. All the information you need to join the cause is given there. You don’t have to do any research. You just have to care enough to sign up and make your voice heard.

Let’s not be those people who stand by passively or throw up our hands in defeat while humans are dying when it is in our power to do something about it. Jesus didn’t.

Silence is not an option PASS 312 from OpenEye Creative Lab. on Vimeo.

What location is this video describing? See if you can guess before the mid point.
www.pass312.org 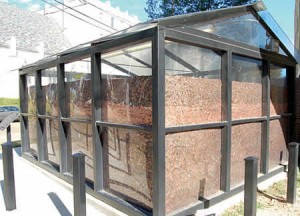