The Joy of the Lord

Around the time we were about to begin the church plant, two separate individuals pulled me aside to give me a word of encouragement and exhortation. Both of these individuals (one man and one woman) were unconnected with each other, both tremendously godly, both of whom have been in the faith longer than me, both of whom I love, and yet neither one of them has typically pulled me aside for such conversations. And so when they did, I took notice. Especially when, independent of each other, they both called my attention to the same verse from Nehemiah 8, reminding me that ‘the joy of the Lord is my strength.’

I received that as being from God, and took great encouragement from it. I believe that God, knowing my heart’s tendency to emotionalism, was reminding me of that verse to prepare me to be steady, strong, and full of joy as I lead GFC Don Mills, regardless of how things look from a worldly perspective. 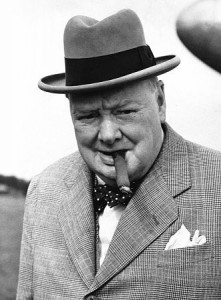 Winston Churchill once quipped about a political opponent (Clement Atlee) that ‘He is a modest man, who has much to be modest about.’ Harsh, maybe, but he evaluated his opponent from his perspective and spoke realistically about him. Sadly, in Nehemiah’s day, he could have spoken of Jerusalem as a ‘modest city, with much to be modest about,’ and the statement would have been accurate.

Jerusalem had been destroyed by the Babylonians about 70 years previous. The walls, the temple, the palace, the houses, everything that was glorious about the city had been utterly ruined, and the people who lived there had been taken captive in a foreign land. Now they had come back. They were intent on rebuilding the city which had once been the dwelling place of God on earth.

But the numbers were small (see the census in Nehemiah 7). The opposition was strong. There were many discouragements and disappointments. Even once the walls were built, it still wasn’t that great of a sight: ‘The city was wide and large, but the people within it were few, and no houses had been rebuilt’ (Neh 7.4). And then there was the Law. In Nehemiah 8, the leaders gathered all the men and women (‘those who could understand’) and read the Law of God which had been completely forgotten, to the extent that the leaders had to offer running commentary on what the words meant (Neh 8.7-8).

This was a pretty bleak scene. The people knew it. They had much to be modest about. They had broken God’s Law, and even now their attempts at rebuilding what had been lost fell pathetically short. They felt their failure and their weakness. Even though they worshipped (Neh 8.6), still they mourned (Neh 8.9). And that was appropriate given their circumstances and what they saw and felt. It was in this context that Nehemiah spoke these words to the people of Israel:

Then he said to them, “Go your way. Eat the fat and drink sweet wine and send portions to anyone who has nothing ready, for this day is holy to our Lord. And do not be grieved, for the joy of the Lord is your strength.” (Neh 8.10)

The people of God, when faced with their weakness and their failure and the bleakness of their circumstances, were right to mourn. Just like Jesus blessed those who mourn (Matt 5.4). Having an accurate view of yourself means being poor in spirit. But the people of God who mourned, were comforted. They were told they that have a strength not their own; a strength that they couldn’t account for and one that would not let them down: ‘the joy of the Lord.’ The people of God were being called to preach truth to their hearts. They were being called to consider that God was for them and not against them; that despite what circumstances look like on any realistic view, they could have joy in remembering that God would complete the work he had begun. He would be faithful to his covenant promises to deliver his people.

I offer this all to you because it’s something I’ve been thinking about over the past few months as I consider the work that God has called me to, pastoring a small church in a really big city. Realistically, there are all kinds of reasons why I could be discouraged from looking around our city. In Toronto there are churches being turned into condos and lofts; the churches that do grow seem to all be led by health & wealth charlatans; and the big, beautiful new religious buildings that are being built are Mosques and Sikh temples and the like. Where do we fit in all of this? What difference could we possibly make, as small as we are?

But we are called to remember the joy of the Lord. Our strength is not in the prospect of us doing much but rather in the remembrance that God is for us. He has shown us that definitely and conclusively in the cross.

What then shall we say to these things? If God is for us, who can be against us? He who did not spare his own Son but gave him up for us all, how will he not also with him graciously give us all things? (Rom 8.31-32)

I pray that God gives me grace to heed this word. To remember that he is for me. To live with the joy that this knowledge brings. I believe that if I cling to this word, remembering the covenant of the cross and the resurrection, it will give me joy that will empower me to endure for another 30 years… or however long my Lord gives me life. Not because I’m strong, but because his joy gives strength.