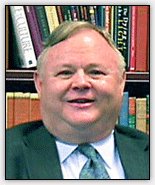 There is considerable overlap between McLaren’s concerns and mine. I too would like to see less doctrinal wrangling in the church and more love. Like McLaren, I think it’s important to learn from traditions other than our own (43-67) and in controversy to be both more winsome to those who disagree with us and harder on ourselves. I like McLaren’s way of putting it, that in theological dialogue we have the unfortunate tendency to compare our opponents’ worst with our best (136, 140). And I have argued, like McLaren (105-114), for a missional concept of the church…

So begins John Frame’s review of Brian McLaren’s Generous Orthodoxy. You can read the rest of it here.

Commentary on the State of the American Church

Allen "Breaks the Back" of Emergent Morality