The following is excerpted from an e-mail discussion between some of my friends. I post it here for further discussion, because I think both the thought itself and various responses are worth considering. 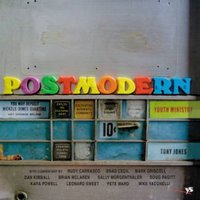 In a world of post-modernism, Jesus is THE WORD. Under the barrage of post-modernism, the Biblical text has come under much heat. Many are arguing for a strictly literary (neglecting history and theology) reading of the Bible. This has encouraged a reading of the Bible which has no correspondence to reality. It encourages an interpretation of the history of God’s people and the Christian Theist worldview that takes the Bible as one of many options, that is, if does not deconstruct God’s Word altogether. It makes it one of may worldview choices. Many would say that one could interpret the history of God’s people in God’s Word a variety of different ways. In fact, one could say that they think that, because of their culture and their own personal life experiences, God and his word means this to them. After all, could we all not just interpret God in a different way than our peers. Isn’t it oppressive to say Jesus is just one thing? This utterly fails though, for God has always been a God not just of the text, but of reality. In the Old Testament the Holy Yahweh was intimately involved with his people; he appeared as a cloud and a fire, he split the read sea he wrestled with Jacob; this was not just a God of the text. Still though, these examples seem a touch to removed, they do not necessitate that the word of God be reality. To find this we must turn to Jesus. 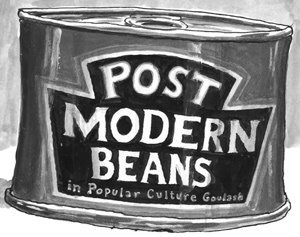 Jesus is the climax of history for the God of reality who speaks in words. Jesus was the eternal and pre-existent Word of God. The post-modernists could say that this ‘word of God’ was just a construct of reality and not the real thing. Was Jesus was just a representation of reality that one could interpret in many different ways? After all, could God’s words not also be deconstructed? But here we have the defeater for post-modernism in the incarnation of Jesus Christ. Jesus was both the word and the flesh (the reality). There could be no ambiguity about the meaning of the Word of God, that is, the eternal Jesus, for he was both fully reality and fully word.

Furthermore, we have the very Spirit of Jesus, the Spirit of God, within ourselves. This Spirit is conforming us to reality and the Word. This Spirit, which calls us to reality, is the only thing which can help us see through the language games of our culture and the worldly structural system.

Even if the rest of the culture is dealt a crushing blow by post-modernism (which I do not believe it is), the Christ follower is not. They have the very spirit of truth within them which leads them to the meeting of reality and the Word in Jesus Christ. Indeed, in God, and most notably in his self-expression, Jesus Christ, we have they way out of the box of language. 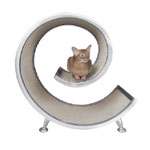