So Much More Than Manners

As a bratty little boy I had to be constantly reminded to say ‘Thank you’ for things. I was unthankful and presumptuous. My elders were working for my good when they laboured to teach me my manners, and I am very thankful for it. 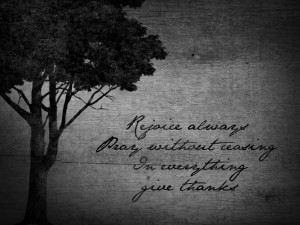 Sadly, my hardness of heart through my youth set some persistent patterns in my life and behaviour. My unwillingness to be thankful as a matter of courtesy continued into adulthood. It’s really only over the past few years that I’ve begun to realize just how connected thanklessness / thankfulness is to my heart’s whole disposition.

Recently, I thought it would be good for me to go back and do a little study on thankfulness in the New Testament. I had no idea what I was getting myself into.

Not only was the study huge, it was hugely convicting.

I want to provide you with my compilation of New Testament texts and teaching on thankfulness. I think the best way to use it is to download the PDF, print it, go through the texts one-by-one and make notes on them.

That being said, I know that many of you (a) won’t do that, or, (b) won’t do that without convincing, so I’m going to offer a few highlights here.

And note the things he thanks his Father for. These are things I would complain and be bitter about, but he gives thanks.

ESV Matthew 11:25 At that time Jesus declared, “I thank you, Father, Lord of heaven and earth, that you have hidden these things from the wise and understanding and revealed them to little children;

END_OF_DOCUMENT_TOKEN_TO_BE_REPLACED

Back from Vacation… And Thankful 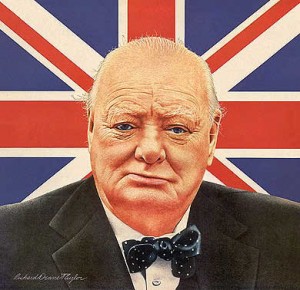 Returning from vacation, I’m a very thankful man. To adapt the Churchill quote, ‘I’m a thankful man, with so much to be thankful about.’

I am thankful for so many things that God has given me and my family. Here are a few that come to mind at the end of my first day back on the job.

This past weekend I was extremely humbled and blessed to be invited to preach at the Winter Retreat for the Nipissing University / Canadore College Christian Fellowship. We gathered on Friday evening at Camp Kahquah in Magnetawan, ON.

As a group, they’re studying The Pursuit of Holiness by Jerry Bridges this year, so they asked me to come and preach on the topic of holiness. I was asked to preach on Friday night, twice on Saturday, and again on Sunday morning.

To be honest, I really wasn’t sure what to expect from this group. Some campus ministry groups I’ve known have been pretty flaky, so I was suspicious. But when I got there, I was pleasantly surprised.

As a group, they were attentive to the word being preached (which is saying a lot, given the preacher!), they were eager to think through the hard issues brought up, challenge each other through discussions in small groups, and were full of questions for me on practical issues of holy living that each of them were facing in their own lives.

I was truly blessed to have spent this time with these dear brothers and sisters, and have been truly humbled by the invitation to come and teach the word of God to them.

I would like to give special thanks to Nathan for putting my name forward as a possibility to come and preach. If it weren’t for his recommendation I wouldn’t have had the chance to be encouraged by these believers in North Bay. This was a weekend for which I am truly thankful to God.

The Catchphrase That Can’t…

Much has been made in other places about the cheesy PoMo quasi-evangelical catchphrases such as ‘dialogue’, ‘story’, ‘journey’, ‘romance’, etc. I would like to comment here on the term ‘conversation.’

A ‘conversation’ is apparently when more than one PoMo gathers, and they begin to speak. They pile up one non-descript cliché (see above for some popular choices) on top of another, each describing their own ‘authentic experience’ (their story) which becomes, to each of them, uniquely authoritative for their own journey.

Perhaps the reason why these ones are so quick to devalue language and its inherent meaning is because they simply have chosen to create a dialect of their own, in which each one of the seven (7) words they know becomes entirely defined by its own context (the word’s story??). Interpretation, then (and thus, meaning, as well), is entirely in the ear of the hearer.

No wonder they can connect and have such wonderfully meaningful ‘conversations’… Everyone tells me my own interpretation of their story… which I interpret the way I do because of my own story… how wonderful!

All that, however, is simply by way of introduction. The reason I wanted to write about the term ‘conversation’ is because I feel it has been violated, perhaps worse than the others.

It is often stated that the truly ‘missional’ Christian will not seek to win ‘converts’, but rather to make ‘relationships’ which will lead to truly ‘meaningful’ and ‘mutually beneficial’ conversations. Only mean old moderns want converts. Hip missional Christians know that conversations are much better.

But that is a lie. This catchphrase simply doesn’t work the way they want it to work (which is quite sad, really, because it does sound very pious of them).

The trouble is that conversation is not the goal of a Christian. Conversion of sinners is. While I understand that many emergent types are reacting against the old ‘crusade’ style of evangelism, they are throwing not just the baby, but also the mother, out with the bathwater.

To be a Christian means that I love God. It is to God’s glory to see sinners saved. That’s why he sent his Son… that’s why we’re called to go to every nation and make disciples. We’re not told to go to the ends of the world to stake our share in the marketplace of ideas.

To be a Christian means that I love others. I love because God first loved me. Being saved, I know that it is to the benefit of any man, woman, boy, or girl to be saved. To know Jesus is the most eminently wonderful joy the soul could ever know. Why would I want to deny to someone that I really want them to know the greatest, truest, only absolutely sovereign joy the world will ever know? So that we could ‘have conversation’?

Either you desire sinners to be saved, or you’re not a Christian because you obviously haven’t understood that it’s to the glory of God and for the good of the person for them to be saved!

So one of two things is happening here. Either these wonderfully conversational emergent types are really seeking conversions through conversations (which seems awfully deceptive… why not just say what you mean? Tell them what you really want!) or else they really think that the world has as much to offer them as they have to offer the world.

If the latter is their mindset than I would argue it is true. The world does have as much to offer as they do… which is absolutely zero. Only a heart that has never experienced the true grace and love of God in the forgiveness of Christ and the comfort of the Holy Spirit could ever think that the world has anything to offer them.