What About Other Religions?

I’ve gone back and forth a bit on this issue, so if you’ve thought about it, I’d love some input. Here’s the question: How much value is there in other world religions? How much time should we spend studying them? When we study them, how should we study them?

Before I went to college, I was of the mindset that there was very little value in getting to know other religions in a meaningful way. For good or for ill, by the time I was done at Heritage, I had come perilously close to being convinced that we needed to know other religions. Buddhists were asking better questions than Christians. Many Muslims are more devout than Christians. World religions like Hinduism, Sikhism, even the Bha’i people, had accumulated great wisdom over the centuries, and Christians would do well to learn from them. 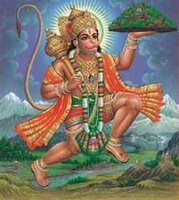 Once out of that environment, I began to realize that there were some serious inconsistencies in the ways that I thought. My good friend Rielly had taught me some about the import of the noetic effects of sin (the effects of sin on the mind). My belief in the doctrine of original sin and mankind’s total inability also seemed to be at odds with finding wonderful positives in godless, man-made religions.

Today I was pondering a little bit more what exactly I believe with regards to elements of truth in other religions, and how we should react to / interact with them, and I got to thinking about the Bible.

Obviously, things are pretty clear in the Old Testament. God was straight-out against his people having anything to do with the godless nations around them. But much of the crowd at my college seemed (if not always with words, then with attitudes and hermeneutics) to dislike this ‘God’ and this ‘ethic’ of the Old Testament and were very happy to proclaim that we have advanced far beyond that type of thing now. 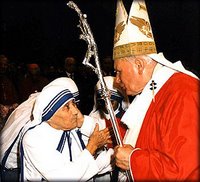 So what about the New Testament?

This is where I got stuck. We have Paul’s interaction with the pagan philosophers on Mars Hill in Acts, which seems to be the thing that everyone seems to appeal to in order to make their point on this topic. Remarkably, everyonse seems to have their own take on his this interaction should impact our interaction with other religions and our apologetics today. I’m wondering: what other New Testament texts do we look to here? What texts have you found helpful?

What about Jesus? Many emerging-types like to claim that they are ‘red letter Christians’, not ‘Paulians’, so we should deal with Christ. They claim that his harsh words were always for the religious hypocrites (Pharisees), never for anyone else. But it seems to me that Jesus would often use the ‘Gentiles’ / ‘nations’ (ie. ‘pagans’) as a negative example. In other words, ‘Don’t worry, because that’s what the pagans do.’ Or, ‘Don’t just love your brother, because that’s what the pagans do.’ 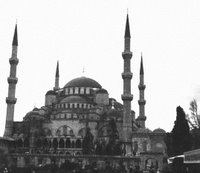 Am I wrong? It would appear that Jesus felt free to hold up the false religions as examples of godless ‘morality’, whose standards and thoughts ought to be avoided at all cost. As I said, I’ve gone back and forth on this, so I am open to being wrong again. If you’ve thought about this already, please advise.