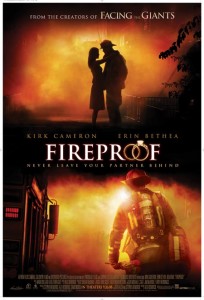 A quick update on the showing of Fireproof here in Toronto on Valentine’s Day.

This is a great opportunity to view and to purchase the movie. Please remember to register ahead of time! 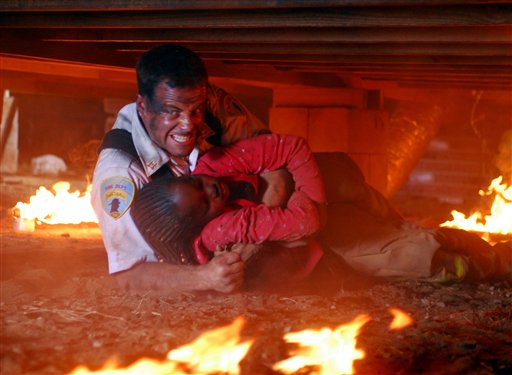 Some time ago I had the privilege of seeing the movie Fireproof with Stacey and our friends Tim and Aileen. We had a blast when we saw it (and not just because of the company!).

After we saw it, Tim reviewed the movie and I offered a non-review here as well. Since that time there have been all kinds of inquiries about how to see this movie in Canada. Well, I am thrilled to let you know (in case you haven’t heard) that you can now order the DVD online or in buy it in stores.

If you prefer to see the movie in a theatre-type setting, with lots of other people, you can come out on Valentine’s Day to Covenant Reformed Church here in Rexdale (see map below).

The church will be showing this movie for free (but a freewill offering will be taken up). This is a great movie to see with your spouse, boyfriend / girlfriend, or even a group of friends if you want to be edified and challenged regarding your beliefs about marriage. It will fuel some good discussion on what needs to improve in your marriage too, if you’re willing (husbands!).

Another great idea would be to get some unbelieving friends to come see the movie. The gospel presentation in this movie is quite good as well, so don’t shy away from bringing whatever unbelieving friends you can. What better to invite someone to than a free movie?

Here is the map to the church:

News on the Release of Fireproof in Canada

Finally, some good news on the release of Fireproof, the movie, in Canada. The following was submitted by Greg McCombs:

Good news for the Canadian release of Fireproof. The Canadian Marriage & Family Network along with several partner organizations is helping to bring Fireproof to a Canadian church near you. Sony Pictures has rejected a theatrical release but is releasing the movie to Canada through the Church. We will begin with pre-screenings in early December and January and release the movie through church kits in late January and beyond. We are praying the movie will have lasting impact through the follow up small group material as well as the Love Dare book that is featured in the movie. If you are interested in hosting a pre-screening your church please contact Greg McCombs at cmfn@me.com and let me know where in Canada you are and the potential number of leaders/pastors/staff and spouses that could attend. This could have a profound impact on the marriages of our country.

This is good news indeed! Please contact Greg for all followup questions.

In other Fireproof news, the DVD is set for release on January 27. You can preorder from here. Enjoy!

If you live in the States, this will be of particular interest to you. If you, like me, live in Canada… then it may or may not be.

The move titled Fireproof (website, Challies dot com review) will be released all throughout the States (but apparently not in Canada) in two weeks. I was able to go preview this movie with TIm back in July–and thoroughly enjoyed it.

I’ll be the first person to say that I was not expecting much. I was expecting even less when I heard that all the actors in the movie were volunteers and amateurs (i.e. they are not paid for acting in this movie). I expected less still when I heard that the movie company was started by a church. But when the movie began, I was very pleasantly surprised.

The action scenes were phenomenal–especially given the budget with which the film was made. The acting was quite good through most of the movie (although, admittedly, some of the secondary characters were noticeably amateur). The plot was somewhat predictable, but intriguing nonetheless, and there are one or two great little twists that make it just that much more of a tear-jerker by the end.

I’m no movie critic, but really, neither are you if you’re reading this, so take my word for it: this is a great date movie. Take your significant other out and enjoy this movie. It ties marriage and our need for Christ together quite well. Even the gospel presentation is remarkably well done, considering it’s context in a movie.

Check out the trailer below.