What Has Christ Cost You?

It’s a personal question, but it’s one that must be asked: What has it cost you to follow Jesus?

This past Sunday I had the privilege of preaching Luke 6.12-26. There Jesus considers those who are poor, hungry, weeping, and rejected as ‘blessed.’ They are to be happy. He even commands them to rejoice!

Why would that be blessed? Doesn’t all of human history testify to our striving as a race to get away from poverty, hunger, weeping, and rejection? Why should these people be happy?

Jesus answers: Theirs is the kingdom of heaven. Their future reward is greater in eternity which will never end. They will be comforted, they will laugh, they will be accepted. You see, it’s not the mere notion of poverty that Jesus prizes, but rather the reason for the poverty:

Blessed are you when people hate you and when they exclude you and revile you and spurn your name as evil, on account of the Son of Man!

A Disciple of Power & Suffering

I was really challenged in my study this week by this quote from Klein, Blomberg, and Hubbard, comparing the ending of Luke with the ending of Acts. I want to pause and think about what understanding this more would change in my life. 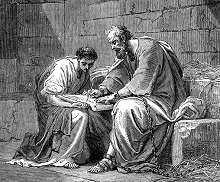 Or compare the endings of Luke and Acts. The Gospel ends with a long and detailed focus on Jesus’ passion and death. In fact, Lk 9:51 introduces the theme of Jesus journeying toward Jerusalem and the cross earlier than does any other Gospel. Acts, too, slows down its narrative substantially to focus on Paul’s final, fateful journey to Jerusalem and the sufferings and imprisonments that await him there, in Caesarea and in Rome. Luke may or may not have written his account after Paul’s eventual death, but he certainly sees parallels in the closing stages of the lives of both Jesus and Paul. These kinds of similarities between Luke and Acts suggest that Luke saw the life of a faithful disciple as often imitating that of Christ, both in its spiritual power and in the necessity of suffering. What was true for Paul should therefore be true for us. Unfortunately, we rarely find the combination of the themes “power” and “suffering” in contemporary Christianity; those who successfully emphasize the one usually tend to play down the other. 1

I pray that I would become more of that type of disciple: expecting power, enduring suffering, and reflecting Christ in all. 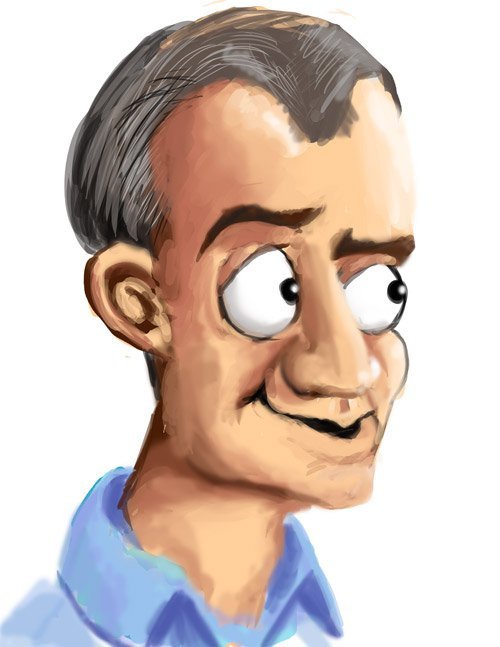 There is simply no way I could reflect on the 30 years of life God has given me without reflecting on the role of my uncle-pastor-mentor-brother-friend, Paul Martin. There is also no way I could do justice to the influence he has had on my life in a blog post. But I need to try because (1) I’m reflecting on my life, and, (2) it’s Paul’s birthday today (I won’t tell you how old, but I will tell you he is old).

So I think I will proceed by simply reflecting on the different capacities in which Paul has influenced me. For each heading I’ll try to identify what I’ve seen of God’s grace working through Paul, and then the impact that it has had on me.

What I’ve Seen: Growing up in Toronto with an uncle in seminary in California made Paul more of a mystery to me than anything. But from the conversations we did have and from the little I saw him in summers, I knew Paul to be a man who loved God and loved his word. Paul loved me even though I gave him every reason to dislike me as a bratty child. His warmness to me as I grew to a teenager opened the necessary relational door for me to hear the gospel from him later. As an uncle he took an interest in my life and that made a difference.

What I’ve Learned: I’ve learned simply that family can be powerfully used of God to shape us in a gospel sense. Family relationships can become powerful spiritual relationships as well. I pray that God gives me grace as an uncle, as a nephew, as a cousin, as a brother, to develop meaningful relationships with my extended family that will open doors for the gospel in the future.

What I’ve Seen: As I often tell people, more than being influenced by one particular sermon (though I can remember several particular sermons), the effect of Paul’s ministry has been a cumulative one. That is, week by week he has shown me again and again the glory of God in the gospel of Jesus. He has shown me the sufficiency of the Scriptures. He has shown me the grace of God that has changed my life. He preached the gospel faithfully, I heard, repented, believed, was baptized, and have grown to some measure of maturity (as small as that measure may be) because he was faithful to the word. Every week I would come to church fully expecting to be shown something of God from the one place he may be found: his word. And I’ve never been disappointed. Not one single Sunday.

What I’ve Learned: That a pastor is called first and foremost to minister to God’s people according to their real need, not their felt needs. A doctor would be a fool for trying to treat symptoms without first addressing the real issue causing the problems, but many foolish pastors (no matter how well-meaning) abandon the call to ‘preach the word in season and out of season’ because they think there are more pressing issues that need to be dealt with. But in the word, God has dealt with our real needs, our heart needs: the ones that he, as the great physician of souls, has identified. I pray that God would make me faithful to the word, like Paul.

What I’ve Seen: Paul took an interest in me as a punk teenager (literally… I was in a punk band… scary thought). I had very little to offer and not much to commend myself to him. I failed him early, often, and bitterly. That’s been the consistent pattern. But he was patient, modelling the gospel, absorbing the pain I inflicted, forgiving me as God in Christ has forgiven him. He gave me hope, he gave me chances to succeed or to fail, and he gave me sound teaching, advice, counsel, and did not shy back from rebuke. I am forever thankful. All his counsel was sweet and the wounds were always faithful.

What I’ve Learned: The gospel takes people who are nothing, people who have nothing to offer and no way to repay and invests in them, gives them grace, and gives them life. The gospel redeems people so that their lives can become meaningful and significant for Christ’s sake. That’s what Paul did for me. That’s the pattern I pray I can follow in mentoring others: injecting people with gospel-life and hope and giving them opportunities to succeed or to fail, but always being patient and speaking truth, calling on people to make their lives meaningful for Christ.

As a Friend and Brother in Christ

What I’ve Seen: As a brother in Christ and as a friend, Paul has let me close. He has let me in his home, in his family, in his ministry. I’ve seen him in every context of life I can think of. Here’s what I’ve seen: He’s not perfect. Far from it. He’s a sinner saved by grace… who still sins. But instead of becoming hardened by his sin with his (old) age, I’ve seen an ever-increasing sensitivity to sin and an ever-increasing sense of his need of grace in the cross and resurrection of Jesus. Watching Paul these past 14 years especially I can honestly tell you that he cherishes the cross more now than ever. Rather than growing in pride or judgmentalism, he has grown in humility and awareness of his need of grace. As a young man, I cannot possibly express to you how counter-worldly and ultimately hope-giving it is to watch your mentor and your hero in the faith grow in humility. The gospel has progressed in Paul; the gospel is progressing in Paul; the gospel is working in Paul.

What I’ve Learned: I’ve learned that Paul is a man, like his namesake, whose life (because of God’s grace) allows him to say, ‘be imitators of me, as I am of Christ’ (1 Cor 4.16; 1 Cor 11.1; 1 Thess 1.6). I pray that God would make me a man whose life, upon inspection by friends and brothers, does not disqualify me. I’ve learned from knowing Paul, from observing his life, that God takes sinners and uses them to move mountains. Through his work in Paul, God saved me, called me to ministry, and equipped me through the training Paul has given me.

Of all the good gifts my heavenly Father has given me, one of the most dear and precious of them all is my uncle-pastor-mentor-friend-brother Paul. I am forever thankful to my Father for him, and today, on his birthday, as I reflect on my life, I want to publicly give thanks to God for Paul.

What is the Role of Discipleship in the Local Church?

14 April, 2010 / Julian Freeman / Comments Off on What is the Role of Discipleship in the Local Church?

Mike Bullmore is the keynote speaker for this year’s Toronto Pastors Conference coming up June 14-16. I can’t wait to meet the brother in person!

To find out more about the Toronto Pastors Conference, check out TorontoPastors.org/tpc.