END_OF_DOCUMENT_TOKEN_TO_BE_REPLACED

This morning I just wanted to offer three follow-up thoughts to my reflections on anxiety. Thank you to all who commented and offered feedback!

It’s easy, I’m sure, on the basis of one blog post, to assume that you know me as ‘that preacher’ who yells and tells you to get over your sin and doesn’t seem to deal with any genuine struggles of his own. But that’s just not the whole story.

A quick search of this blog for ‘depression’, for example, will land you on a couple posts where I’ve mentioned and reflected on my own battle with depression and some of the lessons I’ve learned along the way. There are many similarities, I think, between depression and anxiety.

And if you were to talk to me about anxiety — the real, genuine, gripping, out-of-nowhere kind — in a personal, conversational context, I could tell you about loved ones very close to me with whom I’ve had to work through these issues. I’m well aware — from first-hand experience — of how paralyzing mental states like these can be.

END_OF_DOCUMENT_TOKEN_TO_BE_REPLACED

Following up yesterday’s thoughts on the disordered nature of the heart, I thought I would share a little reflection on being melancholy. The dictionary defines melancholy as follows:

One of the more significant malfunctions of my disordered heart throughout my life has been a tendency toward melancholy (I hesitate to use the depression because it has many connotations that I don’t wish to infer here). It’s something that I have tried hard to keep private over the years. I think my desire to keep quiet about it has largely been pride, but also because I don’t want to make much of my weakness, unless it is to make much of my Saviour who overcomes it. I have also thought many times that it is not always wise for those in leadership to give full vent to the exasperations of their heart (Ps 73.15). 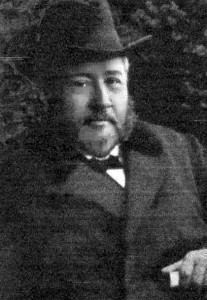 The Prince of Preachers

I have come to see over the years that I am not alone. As I read through the Psalms, I read passages like Psalm 42-43, Psalm 73, Psalm 88, and others, where I hear my experience in the voice of the psalmist, broken by living in a broken world. And inasmuch as David anticipates Christ, I see my Saviour who was ‘a man of sorrows’. And then as I read through church history I stumble across some pretty major Christian figures who loved the Lord and served him faithfully, but who were perpetually burdened with depression to some degree.

I don’t want to write today to say ‘how to get past it’ or ‘what is the reason for it’ because space doesn’t allow that discussion (but let me recommend these resources by Ed Welch and John Piper in particular). What I do want to do is just say to any who battle depression (more often than not, battling it secretly and alone): realize that there is hope.

Satan is an accuser who reminds us of our sin and our shortcomings; he strengthens those feelings by isolating us and making us feel that no one else feels what we feel. Those are lies. Many, many Christians (strong ones!) have gone before you and have known the very same discouragements. But the gospel is the power of God and in the gospel life triumphs over death, mercy triumphs over judgement. God has saved us by the gospel–by good news that brings joy.

As we learn to cling to the truth of the finality of his goodness toward us in Christ, we will find him always drawing us up out of the miry bog, setting our feet on a firm rock, making our steps secure; the gospel puts a new song in our mouths (Ps 40.1-3). Remember that he knows all your tossings, he puts your tears in a bottle–they are precious to him–and he desires that you would cast all your cares on him, because he cares for you (Ps 56.8-9; 1 Pet 5.7). You are his inheritance, a treasured possession, and will be kept (Eph 1.13-14; 1 Pet 2.9; Phil 1.6). The more quickly and unwaveringly we learn to hold on to those truths when seasons of melancholy come, the sweeter and stronger will be the grace we receive through the struggle.

I wanted to conclude with the following words because, honestly, can anyone ever say it better than Spurgeon? Here is CH Spurgeon speaking on depression:

“I know that wise brethren say, ‘You should not give way to feelings of depression.’ If those who blame quite so furiously could once know what depression is, they would think it cruel to scatter blame where comfort is needed. There are experiences of the children of God which are full of spiritual darkness; and I am almost persuaded that those of God’s servants who have been most highly favoured have, nevertheless, suffered more times of darkness than others.

“The covenant is never known to Abraham so well as when a horror of great darkness comes over him, and then he sees the shining lamp moving between the pieces of the sacrifice. A greater than Abraham was early led of the Spirit into the wilderness, and yet again ere He closed His life He was sorrowful and very heavy in the garden.

“No sin is necessarily connected with sorrow of heart, for Jesus Christ our Lord once said, ‘My soul is exceeding sorrowful, even unto death.’ There was no sin in Him, and consequently none in His deep depression.

“I would, therefore, try to cheer any brother who is sad, for his sadness is not necessarily blameworthy. If his downcast spirit arises from unbelief, let him flog himself, and cry to God to be delivered from it; but if the soul is sighing–’though he slay me, yet will I trust in him’–its being slain is not a fault.

“The way of sorrow is not the way of sin, but a hallowed road sanctified by the prayers of myriads of pilgrims now with God–pilgrims who, passing through the valley of Baca [lit: of weeping], made it a well, the rain also filled the pools: of such it is written: ‘They go from strength to strength, every one of them in Zion appeareth before God.’
–Charles Haddon Spurgeon: Metropolitan Tabernacle Pulpit, 1881, vol. 27, p. 1595 (source)