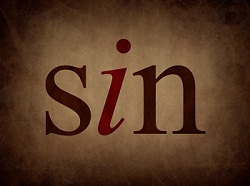 Have you ever tried to identify sin in your life so as to confess it to God or to others? Have you ever wondered if a specific action is something that needs to be repented of or whether it is acceptable?

Have you ever tried to lovingly challenge someone on something that seems awry in their life, but haven’t been able to put your finger on what the problem really is?

I’m convinced that a lot of time when we lack clarity in our conversations and prayers regarding sin, it is because we are not labouring to think in biblical categories. Several years ago, someone challenged me to try to keep my conversations about sin tied to biblical words. That way we can speak of sin as sin… and if something is not sin, then we must deal with it in the realm of preference or simply freedom.

END_OF_DOCUMENT_TOKEN_TO_BE_REPLACED

How to Love More

This got me thinking about a post I put up here about 4 years ago and so I decided to repost it. 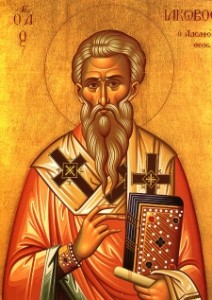 Even though we’ve moved on to chapter 5 in our study on James at GFC, I’m still marvelling at many of the things my Lord has been teaching me from his word.

Preaching big passages like I’ve had to do is great for seeing the big picture and covering more of God’s word, but it necessarily means that there are lots of stones left unturned in each passage. Particularly, I’ve been thinking through James’s promise in chapter 4: ‘Resist the devil, and he will flee from you. Draw near to God, and he will draw near to you.’

One thing that amazed me the other night as I sat and thought this through is the similarity between this saying and that declaration of Jesus that the one who is forgiven most loves most. On the surface, they don’t seem that connected, but I think there is a profound connection.

Our Desire is to Love

Every Christian wants to know how to love God more. The first and greatest commandment we have is this: ‘Love the Lord your God with all your heart, soul, mind, and strength.’ The reason why we still sin, why we become discouraged, or why we fall back into old patterns of living is because our love for God falls short of our love for ourselves.

Our Enemy Wants to Hinder Our Love

The devil is our enemy. His greatest goal is to stop us from achieving our greatest goal, which is love for God, resulting in joy in God. We want to love God, but he’ll do anything to stop that. Every Christian wants to love God more; but how do you practically increase your love for God?

James connects resisting the devil’s work with drawing near to God. In response to our drawing near to God, God draws near to us. What kind of drawing near does James have in mind? He clarifies for us in the next couple of sentences, where he describes radical repentance, open confession of sin and sinfulness, and proper humility. In other words, draw near to God in humility, repentance, and brokenness, acknowledging the greatness of your sin.

We can begin to connect the dots here a little with Jesus’ saying. We will love God more if we acknowledge more readily the reality of what we’ve been forgiven. But our enemy will have none of that–which is why we need to resist him. How do you resist Satan? By confessing your sins and drawing near to God.

It is the work of Satan to get you to think little of your sins. He desires that you not confess specific sins, that you not be heart-broken over the ways you’ve denied God. He wants you to just ignore sin in your life and not confess to brothers and sisters. The smaller you think your sin is, the less your love for God will grow, and the happier your enemy will be. ‘He who is forgiven little, loves little.’

If your love for God has grown cold, you can probably draw a straight line back to your lack of confession of sin in your own heart, to God, and to others. When you don’t realize what you’ve been forgiven, you don’t love.

How do you grow to love more? Draw near to God in repentance. Acknowledge how horrible and ugly your sin is, and be specific in your confession. What at the things you have rejected him for? What are the things you’ve loved more than him? What are the lies you’ve believed instead of his truth? Confess to him that you deserve death and hell. The more you draw near to him, the worse you’ll see your sin is, the more you’ll see how much you’ve been forgiven and the more you’ll love — which will overflow into a life of God-glorifying joy in obedience.

Thoughts on Poverty of Spirit – 5

I guess, technically, my last post on ‘poverty of spirit’ was here, but I’ve since posted on humility here and here as well.

As we’ve seen in the other posts, there are many things which can cause us to lose our poverty of spirit and to become proud. Sometimes we lose sight of who God really is, which means that we lose our absolute standard by which we are judged, and therefore, humbled. We begin to compare ourselves against other men (Rom 2.1-5), rather than against the holy law (Rom 3.19-20) of God and the glory of God (Rom 3.21-23)–God’s standards of judgment.

So what else causes Christians to lose this one characteristic which is the entrance-way to the kingdom of Christ (Mt 5.3)?

We would do well to take our cues from David. Few followers of God have been as passionate and had their lives and hearts exposed quite as much as David. Many of us have fallen into sin, but few of us have had it exposed in public and written down for all generations to remember like David.

You’ll remember that in 2 Sam 11 David sins, and then in the next chapter, is exposed and rebuked by Nathan. When Nathan comes to speak to David about his sin, he tells David there will be consequences for his sin. Here’s the part we sometimes forget, though: Nathan says, ‘The Lord also has put away your sin; you shall not die.’ In other words, God has already shown mercy to David; his sin is forgiven and he will not be judged because of it.

This is important because it happens before the confession of sin that we read in Psalm 51. David, having heard from the prophet that his sins have been ‘put away’, now prays a prayer of confession and repentence, begging and pleading with God for mercy. He begins his prayer this way:

Sometimes we read this and on account of our familiarity we don’t stop to think about it. David, as king, would be familiar with the process of begging one in authority for mercy–people would come to him often for that very reason. When one came to a king to beg for mercy, what would their posture be? How would they present themselves to the king? What would be their general demeanour? To be sure, it would be one of brokenness and utter dependence. They would fall prostrate before the one who held their lives in his hands. They recognized that whether they lived or died, were forgiven or condemned was entirely up to him–their life was not under their control any longer.

How often do we come to God in confession and brokenness like this? Why don’t we? One reason why we don’t is that too often we presume on God’s grace. We think that because we are told in Scripture that our sins are forgiven in Christ, there is no longer any need for us to come to God in this sort of contrition–we forget that it is a terrifying thing to fall into the hands of the living God who is a consuming fire! We forget that David, who had specifically been told he sins had been put away, still took the time to come to God in brokenness and contrition and recognize his shortcomings.

Another reason we don’t come to God in confession like this is that we forget our sins are against God. We, like David, commit sins against other people, and so we think we should confess and apologize to them, giving little thought to the fact that our sin has been offence to the very person and dignity of God.

Ps 51.4 says, ‘Against you, you only, have I sinned and done what is evil in your sight.’ Has that verse ever puzzled you? David had been unsatisfied with all his other wives, committed adultery against Bathsheba and made her to commit adultery, stolen the wife of Uriah, and then murdered Uriah, forcing Joab to become an accomplice; this is all to say nothing of the whole nation of Israel that David was letting down as he was the supposed leader of God’s people. The list of people that David had sinned against are endless here. Where would David get this crazy idea that he had sinned against God and God alone?

He got the idea from God himself.

Back in 2 Samuel 12, when Nathan originally confronts David about his sin, he speaks the word of God to David, saying, ‘Now therefore the sword shall never depart from your house, because you have despised me and taken the wife of Uriah the Hittite to be your wife.’ And just in case David didn’t catch it the first time, Nathan repeats it a few verses later: ‘Because, by this deed you have utterly scorned the Lord, the child who is born to you shall die.’ The point that God is stressing through his prophet is that ultimately when we sin we choose to reject God.

God has promised us pure pleasure and ultimate joy in him, but we reject him and his offer when we choose the fleeting pleasures of sin. We distrust him. We belittle his promises of great grace and everlasting, soul-satisfying joy in fellowship with him. David had heard the promises of God, but instead chose a few days of pleasure with a woman who was forbidden to him. The whole lie of sin is that the joy we find in it is better than the joy that can be found in God.

But that is a lie. It is a lie from Satan who is the father of all lies. When we sin we outright reject God and by our actions say to him that we prefer whatever pleasure we can find in sin to anything good we see in him.

David understood this, but I think we have in large part forgotten it today. We forget that sin is an offence against God. It is an insult to him. We mock him. No wonder David was so quick to confess. No wonder he fell on his face before his God and begged with him for mercy and grace.

We ought to do the same. Ultimately, recognizing who our sin is against–and refusing to presume on his grace–will lead to great recognition of the seriousness of our sin, which will lead to more confession of sin. Confession of sin leads to brokenness of heart. Brokenness of heart and recognition of guilt are essential to maintaining a poverty of spirit that God blesses.