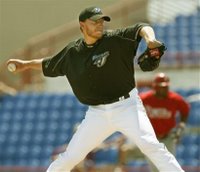 Okay, this is a little outside of what you may have come to expect from this blog, but it just hit me today that the only thing I’ve ever really posted about this wonderful city I live in was that stupid fan thing.
And today is opening day!! So, all things considered, I thought we 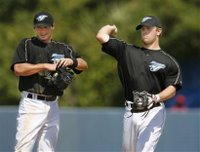 should give it the old “Okay, Blue Jays, Let’s Play Ball!” routine. Some may think that the title of this post is a little premature, but Ken Rosenthal, senior baseball writer for Fox Sportsnet has predicted the Jays to bring home the big prize this year. Check it out! 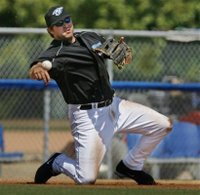 So… make sure if you’re visiting our beautiful city, you come check out the Jays. Since the Maple Leafs stink so badly this year the Jays are the only show in town (we’re not even going to mention the miserable Raptors). If you live here, get out and cheer on Doc and the boys… it could be a fun year.

A Lesson From a Ballgame

So there I am on a Sunny Sunday afternoon, in a near sold-out Rogers Centre, a good, right, pure, noble Habs Fan, trying to enjoy the baseball game. The one thing that stunk was that the Jays were getting whooped. Ah well. It’s been known to happen.

Anyway, near the beginning of the game, I noticed that a few sections over, down about 12 rows from us is a guy wearing a nice habs hat, and an authentic vintage habs jersey with the #20 and the name Zednik on the back.

“My kinda guy!” I thought, and glibly smiled to myself. I had taken note of the fact that he was wearing a hockey jersey in 40+ degree weather, but hey, whatever.

An inning or so later I noticed that some people were booing when he stood up. Silly Toronto Maple Leaf fans. They wouldn’t know good hockey if it hit ‘em in the ice.

As time went on, however, it began to be a bit more apparent what was happening. He was being antagonistic. He was standing up, showing off the jersey and hollering at various hecklers around him.

Before long this guy had stood up, turned around to face the other fans (ie. back to the game) and was yelling at one and then another. Pretty soon people from my section and the sections on the other side of him were yelling back at him.

In short, the guy was making an idiot of himself. The guy behind and to the left of me yelled “the Canadiens suck!” I turned around to say something, but my loving wife interceded before I got a beer dumped on my head.

Fortunately, I was wise enough to not get involved, but I thought about how that might function as a parable of sorts. How many Christians get drawn into fights trying to defend other Christians, only to find out that the Christian was the one acting like an idiot in the first place?

When that guy behind me was yelling stuff about my precious Canadiens, I just wanted to say, “Hey, don’t judge us by our worst fan!” (If any team is going to be condemned for ignorant and arrogant fans, the Leafs fans should not be the ones to judge.) I wanted to stick up for my team, but it would have meant (at least in some people’s eyes) aligning myself with the goober up in front of us. What a mess.

Yet I wonder how we (Christians) appear to the world. All it takes is one idiot in a bright jersey with a funky hat (a Benny Hinn or Joel Osteen) who gets a lot of attention and people get upset about Christianity. Man, I hate that! All people know when they meet us (especially around where I live where Christianity is Roman Catholicism) is the traditional RC church or Benny Hinn and the “born-agains.”

Do I align myself with them? Alas, usually by the time I finish explaining that I’m not like either and what some of the differences are, people have tuned out. The problem is that I’m not with the goober in the jersey, but am I against him?

I’d be interested in knowing how others deal with this type of situation, because to me it’s a tough one.