* This is a repost from a while ago, at my old blog. It created good discussion then, so I’m wondering if it will again. I’m also wondering if anyone who participated in the conversation then has changed their opinions since then… to that end, I’ll also repost the original comments so we can see where we’ve all come since that time. *

The Enlightenment. Modernism. Deconstructionism. Postmodernism. Post-postmodernism. What does the Church believe? What are the essentials that do not change and what is culturally relevant?

While it may be an oversimplification, it seems that in a broad stroke, what separates “Evangelicalism” from “Fundamentalism” is how to handle the Enlightenment… and everything post-elightenment, really. Fundamentalism unrelentingly holds fast to the “fundamentals,” without any regard for what the modern sciences have to say about things. “Evangelicals,” on the other hand, are eager to interact with all that advanced human learning can teach us. Rather than writing off evolution by insisting that the Bible teaches a literal 6 day creation, Evangelicals are willing to roll with whatever it is in vogue for scientists. After all, why would we want to remain out of the loop? Does anyone have any respect for the Roman church’s response to poor old Galileo? 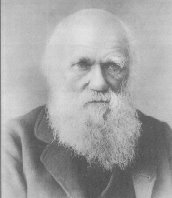 In contrast, Fundamentalists could care less what the rest of the world has to say, they insist that since the Bible teaches a literal 6 day creation, we have no need for further inquiry into the matter. Why, they bravely ask, does it even matter what a modern scientist might be able to find, when we have the Bible?

An Evangelical might quickly counter, “What are we afraid of?” All truth is God’s truth! If what we believe is truly true, then there is no truth that can disprove what we believe!

Call me a sceptic or whatever you want (okay, maybe not anything you want), but I see a problem here. I am not, strictly speaking, a Fundamentalist. I think it is a fundamentally wrong assumption for one to hold his beliefs with such little regard for what is demonstable truth. I would be an idiot to believe that pigs can fly when that is simply, patently (and demonstrably) untrue. If I believe something that has no grounding in reality, then it doesn’t matter how hard I believe, I’m still a fool for believing it.

So I can’t ignore what the sciences have to say…

But then why not be Evangelical (if my dichotomy may be allowed to stand for now)? Why not simply engage with all that the world can determine to be true? Without delving too deep into theories on the nature of truth, it must be acknowledged at least in some sense, that much of the “truth” we find empirically is fluid.

For example, not too long ago smoking was not the taboo it has become today. It wasn’t bad for your health, and was socially accepted. Now, however, we have determined that it is horrible for the human body and can cause any number of diseases. A few generations ago, the “truth” about smoking was different. It was knowledge based on a changing and evolving science.

Again, we could look at the different theories that have been held with regard to homosexuality or even alcoholism. What was once known by any number of societies to be “sin” (however that community defined it) has now in many circles become simply a genetic difference. Alcoholism is something that, regrettably, some people will have to deal with because of genes. Homosexuality is something to be celebrated as a normal part of a person’s genetic makeup.

So what do we do with knowledge gained through the sciences? Bill Webb argues that modern science can demonstrate that certain traits once thought to be tied to gender can now be shown to be more from genetic makeup than gender. 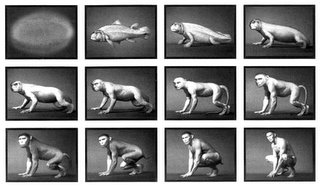 Many liberals within the Church of England argue that homo- sexuality is a part of genetic makeup, and can therefore not be wrong. The homosexuality Paul condemned was that of the pagan cultic worship rituals of his day. What Paul condemned was perversion, not personality. This is not to say that either Webb or the Anglicans are right or wrong, but rather to pose the question, what do we do with science?

Do we base doctrine on it? So what if we compromise on the creation issue and argue rather for a “theistic evolution,” but then the evidence tips back the other way again? Do we then turn and argue for a 6 day creation like it was the year 1589 all over again?

What if we could demonstrably prove scientifically that men are actually more gullible than women? Would that mean that we should take 1 Timothy 2 mean that only women should be elders in our churches?

And what if it is in fact proven that homosexuality has nothing to do with genetics, but everything to do with how someone is raised and socialized? Will the Anglican church have an about-face?

Or are our methods of using the “impartial” sciences really quite partial after all? Why is it that CNN reports all the time of skulls being researched which are millions of years old, while at the same time millions of more copies of “A Case For Creation” are sold in Christian bookstores?

If Evangelicals intend to use the modern sciences to inform their interpretation of the Scriptures, ought they not to define better what role these sciences should play? And what do they do when the science “changes”? Does truth change?

If Fundamentalists intend to hold unswervingly the timeless truths of the Bible, how in the world will they gain credibility in a society that is swamped with “facts” that disprove the “fundamentals”?

Is Evangelicalism destined for a future of fluidity–always trying to balance acceptance in scholarly and popular circles with attempts to remain faithful in some sense to the biblical witness?

Is Fundamentalism destined for a demise into infamy as it distances itself from all things relevant with ever-increasing speed?

Is there a middle ground? Is that even what we need? Do we look for further defintion or faster departure from these classical categories of modern Christendom? 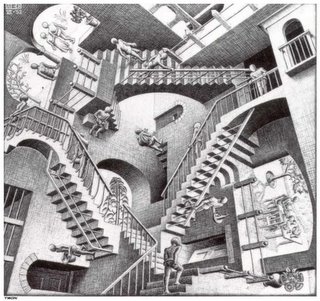