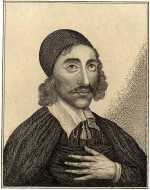 No one has understood sin and the sin nature like the Puritans, particularly when it comes to the ongoing necessity (and struggles) of putting that sin nature to death. Here are a few gems from the Soli Deo Gloria republication (Morgan, PA, 1995) of Obadiah Sedgwick‘s (1600-1658) The Anatomy of Secret Sins.

Let a man set up any sin in delightful contemplation and meditation, that same inward acting of his sin, either actually casts him upon the outward adventures, or invites them. This is the least that it does. It strangely ripens his natural inclination; and, besides that, it prepares him for a temptation that suits that way. Satan shall not need to tempt him much who has already tempted himself: and he who will work sin in his heart, a weak occasion will draw it out into his life. Thirty pieces of silver will prevail with a covetous Judas, who already had gold as his master in his heart. (15)

[God] gives singular charge against secret sins. Why? Because He cannot endure any to be hypocritical. The man is to God what his inside is; if you work wickedness in your heart, God will destroy you. Plaster your visible part with all sorts of pious expressions, if yet you can set up a form of sinning within, you are notable hypocrites. (18-19)

Beloved, the main battle of a Christian is not in the open field. His quarrels are mostly within and his enemies are in his own breast. When he has re-formed an ill life, yet it shall cost him infinitely much more to reform an ill heart. He may receive so much power from grace at the beginning, as in a short time, to draw off from most of the former gross acts of sinning, but it will be a work all of his days to get a thorough conquest of secret corruptions. (22)

Satan does not stir a naked eye, but a filthy heart to look through that sinful window. He does not come to the hand and say ‘Steal,’ but first to the heart, which will quickly command the hand. He does not say immediately to the tongue, ‘Swear and blaspheme,’ but the heart, which can easily command that hellish language into the tongue. If you should pluck out your eyes and never see any object to excite your unclean heart, yet you may still be as filthy a person as before. Your own corrupt heart and Satan would incline you so. And though you never had a foot to go, or a hand to stir, yet you might be as much a thief as Judas. (23-24)

If you could get another heart, you would look with another eye. The only way to make temptations lose their force is to decline occasions and to cleanse the inward parts. (24)

For some awesome excerpts from John Owen’s classic work on the mortificaiton of sin, click here.