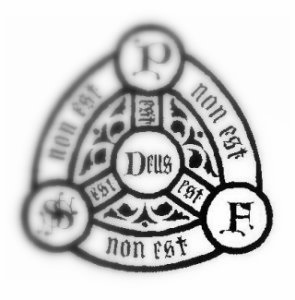 Jesus Christ, the Son of God

No one figure in all of human history has captured the minds, hearts, and imaginations of humanity like Jesus of Nazareth. The art, the literature, the science, the worship, the sermons, the churches and the movements that have been inspired by this one man are literally innumerable.

In his own day he was a ‘trending topic’ as everyone asked, ‘Who is this man?’ and everyone had their theory of choice (Mark 6.14-16). Crowds flocked to him. From prostitutes to temple rulers, and children to rich men, from scribes to Syrophoenician women — everyone had to hear him, and had to know about him.

After studying Jesus in the Bible, I have to say that, while I know him better now than ever before, I feel as though ‘tip of the iceberg’ and ‘scratching the surface’ don’t even cut it when it comes to describing how well I know him.

I remember one time I got together with a friend I hadn’t seen in years. The conversation quickly turned to Jesus and how we had been growing in our love for him. What was fascinating, however, was that I had been learning of late about the deity of Christ (he is God!) while he had been learning of the humanity of Christ (he is man!). Both topics are mysterious and it will take eternity to uncover the glories of the dynamics of tension present in the person of my Lord, but what stuck out to me is the truth that no matter what aspect of the nature, the beauty, the glory of Jesus you are considering, the more you get to know him, the more you will inevitably come to love him.

As I’ve read the Bible over and over, I can’t help but see more clearly than ever that the New Testament presents Jesus as God (I’ve written about that here and here). But as I’ve read the Gospels lately, I’ve been overwhelmingly impressed again by his humanity: his weakness, tiredness, hunger, and thirst. Both his deity and his humanity magnify the mystery of his faithfulness to become obedient to the Father, even to the point of death, all for the sake of unfaithful rebels like me.

To know him, the one who loved me and gave himself for me, is to love him. I pray that God would increase my love for my Saviour and Lord through the work of the Spirit who opens the eyes of my heart and illuminates Scripture. I pray that I would see more of Christ in the next 30 years than I had ever imagined possible. I know that the more I see, the more I will love, the more love will compel me to reflect him and to walk in humble obedience — just like Jesus.